If you are a cat owner, you’ve probably asked can cats sense emotions. We are always those who are trying to understand our feline friends, what their actions mean, and how they perceive us, but can cats genuinely know how we feel?

To this day, there is no empirical evidence about that, but we are not blind, we see the relationship between pet parents and them, and it is reciprocal; I’m sure of that, even though it seems that our furry friends don’t care about us.

Now we’ll deal with how cats perceive us and finally unravel the mystery! 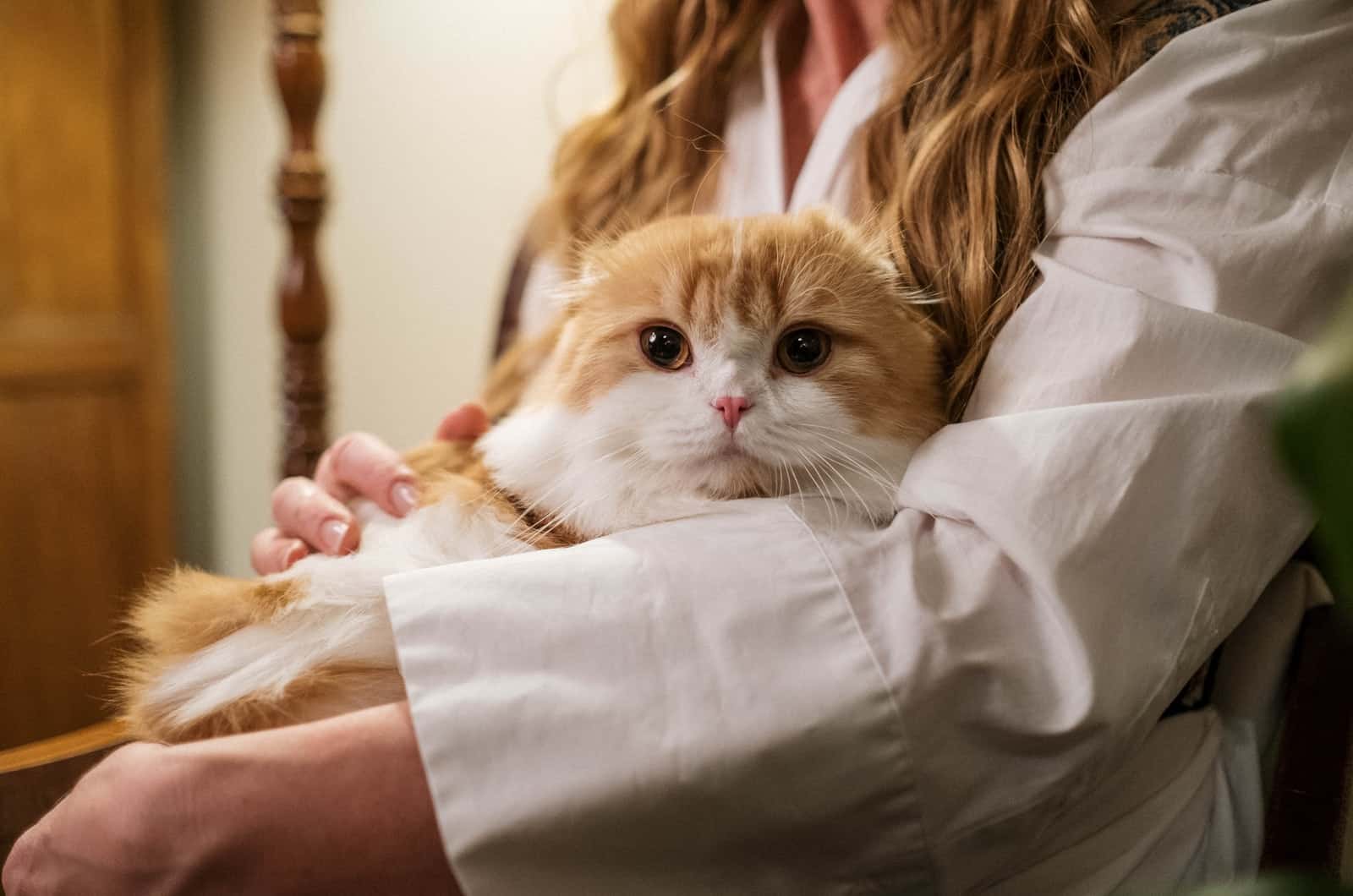 Our furry friends definitely can sense our feelings and mood. When they don’t sleep, they observe us, behaving based on how we feel at a particular moment. Not only do they sense our emotions, but they are affected by them.

When we look better into that, it actually makes sense since we are very connected with our cats. We are cats’ most important someone in their life since we provide them with food and take care of them in every possible way, but we also shower them with love and affection, and they feel secure with us.

Our great wellness makes their wellness even better, so they need to be considerate when it comes to our emotions. The fact that cats are emotionally sensitive has been proven by studies observing the relationship between humans and cats.

At the University of Lincoln and the University of Nottingham, Trent, researchers did a study assessing 3,000 cat owners asking questions about routines, health, activity, and behavior of their cats. Comparing the data with the mood, lifestyle, and personality, they wanted to see if all of that had an impact on the cat.

Jennifer Vonk and Moriah Galvan did the study at Oakland University, which showed that cats indeed have empathy. Even though it’s a common opinion that they are aloof creatures, that cannot be farther from the truth.

Cats can truly recognize and perceive human emotions, and mostly, they will do something about it. It is seen through the interaction of the cats with their caregivers, observing emotional gestures with visual and body language, and then with audio communication. 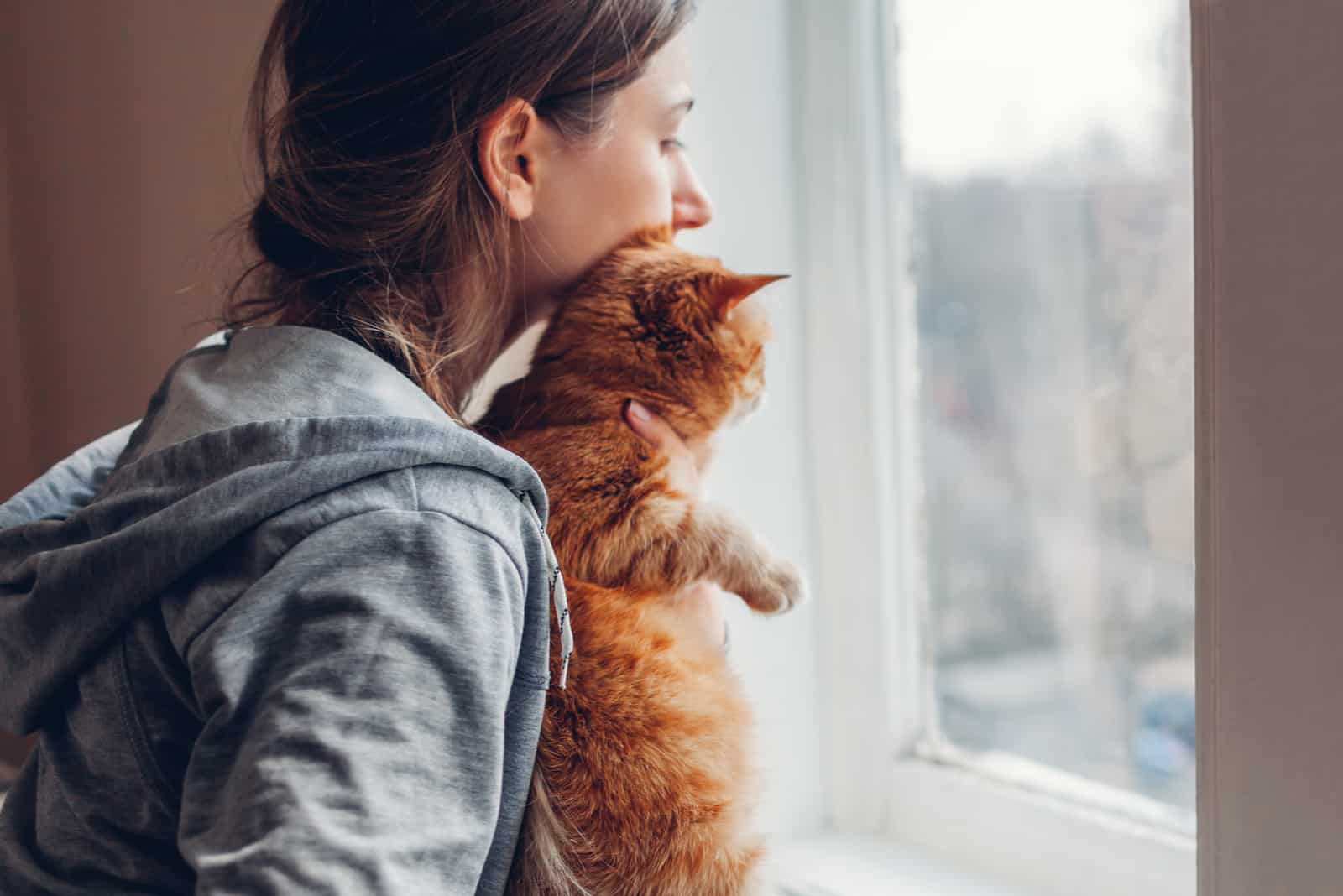 I think all cat lovers, including me, have experienced a bad day when your cat has come to you to comfort you with their snuggle and knead biscuits.

According to the study of emotion recognition in cats, cats can recognize human emotions by using audio and visual abilities. However, that observation is slightly different from ours since they see things from a different perspective. Our furry friends are able to sense the sadness that they observe when the human is sad and how he treats and addresses the cat in that condition, like a listless voice or frowning.

Even though cats are a bit aloof and not that free to share emotions like dogs, they do form some connections in the wild. And you’re cat’s home and, therefore, part of their colony, so they are obliged to notice your changes and associate with your emotional signals.

How do you certainly know that your cat sense that you’re sad or feeling off a bit? Well, based on the study of the animal behaviorist Shadi Delshad, if you’ve noticed that your cat comes to you and cuddles with you when you’re sad, it is highly possible that your cat knows that you’re feeling down, and she wants to comfort you.

Can Cats Sense If You Are Prone To Depression? 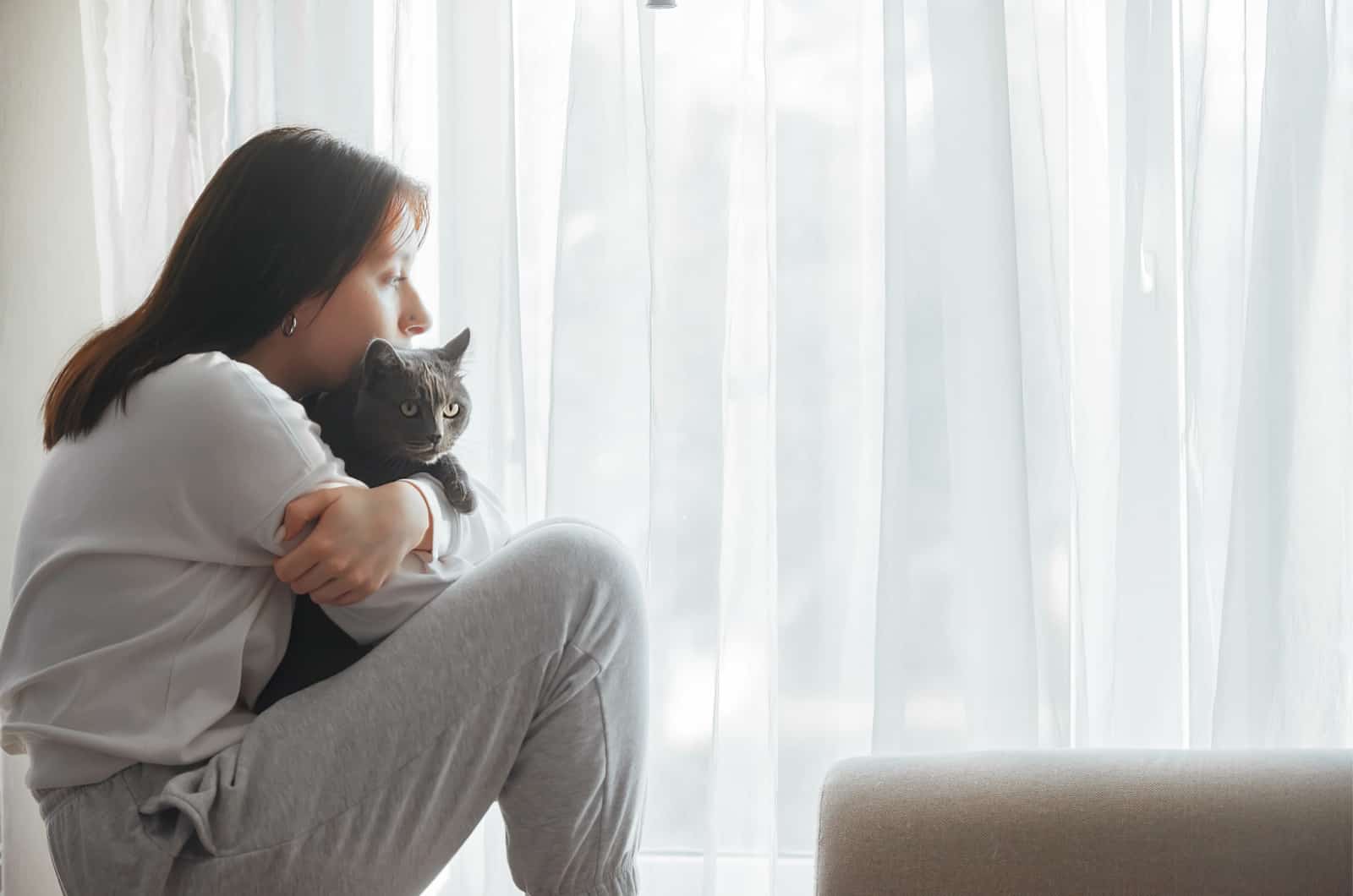 If cats can sense sadness, they will likely sense depression as well. As they spend a lot of time observing, they are more capable of understanding emotional cues. If you’re dealing with depression, your cat feels that too.

In most cases, when cats feel that their owners are depressed, they will come to their owners many times and rub themselves and purr. However, that can also depend on the cat’s personality, and maybe they have their own ways of dealing with your behavior.

For example, my cat Luna is not a big cuddler; however, there were times that I felt really down, and she came to me to purr and make biscuits. It doesn’t happen often, but she was there when I needed her.

Can Cats Sense Your Anxiety? 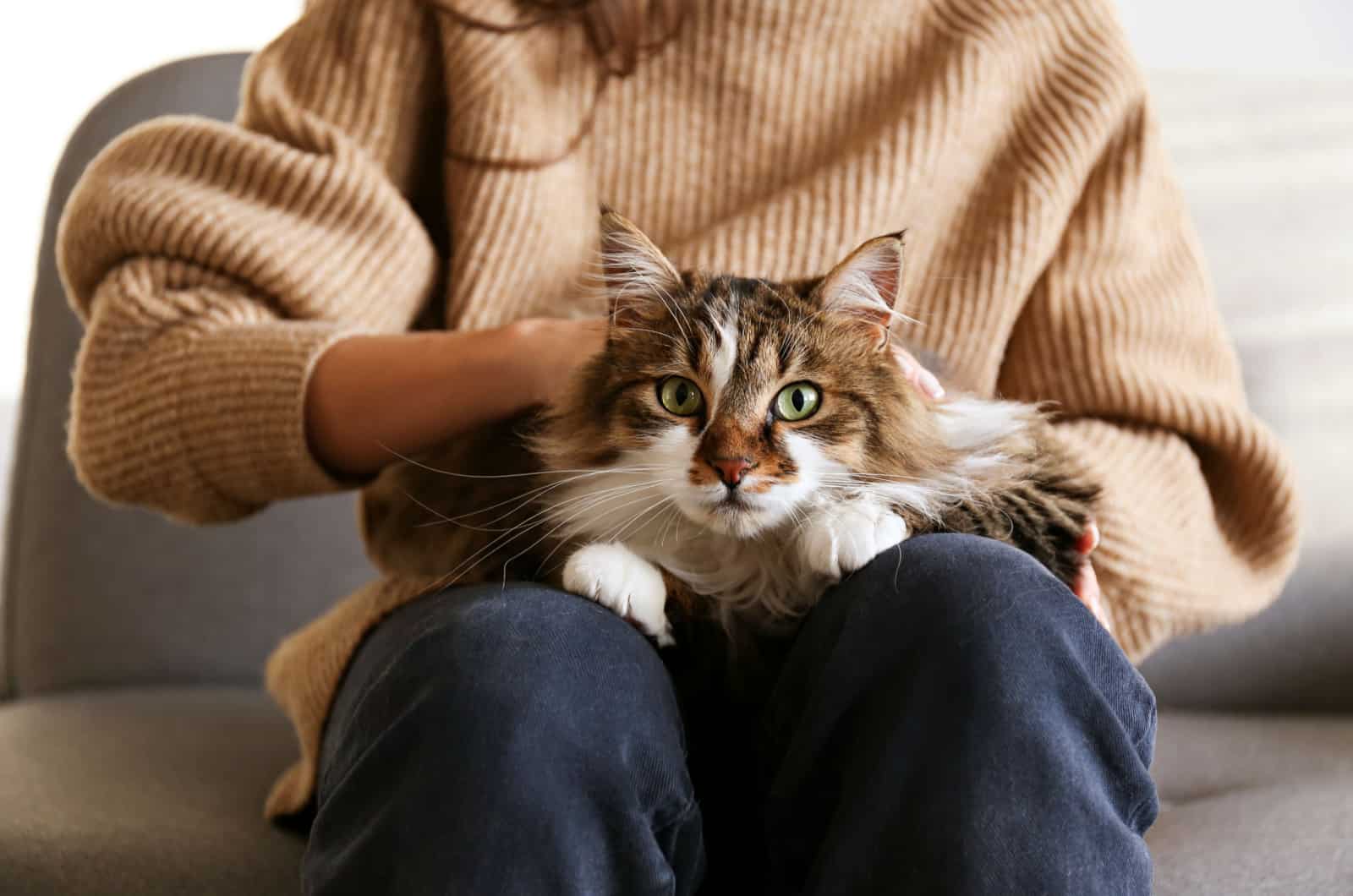 Not only cats can sense anxiety, but also anxiety attacks as well according to the research. In that research, it is shown that cats look for signals in their owners, or so-called social referencing.

How did the study go? The researchers invited owners and their cats to do an experiment. They paired cats and their caretakers in one room where they placed fans with streamers which caused an element of uncertainty and anxiety. One half was instructed to speak to their cats in a scared way, while the other half needed to talk in a happy tone, looking at both the fan and their cats.

This showed that both happy and fearful tones didn’t play many roles in the behavior of a cat since 80% of cats were first looking at the owners before trying to decide how to behave to the fan. In this study, many cats acted according to their owners’ behavior.

And what does that tell us? That tells us that cats respond to their owner’s emotional behavior when they have anxiety and when scared. That means cats sense our anxiety and even can mirror human emotions.

Do Cats Sense When Someone Is About To Die? 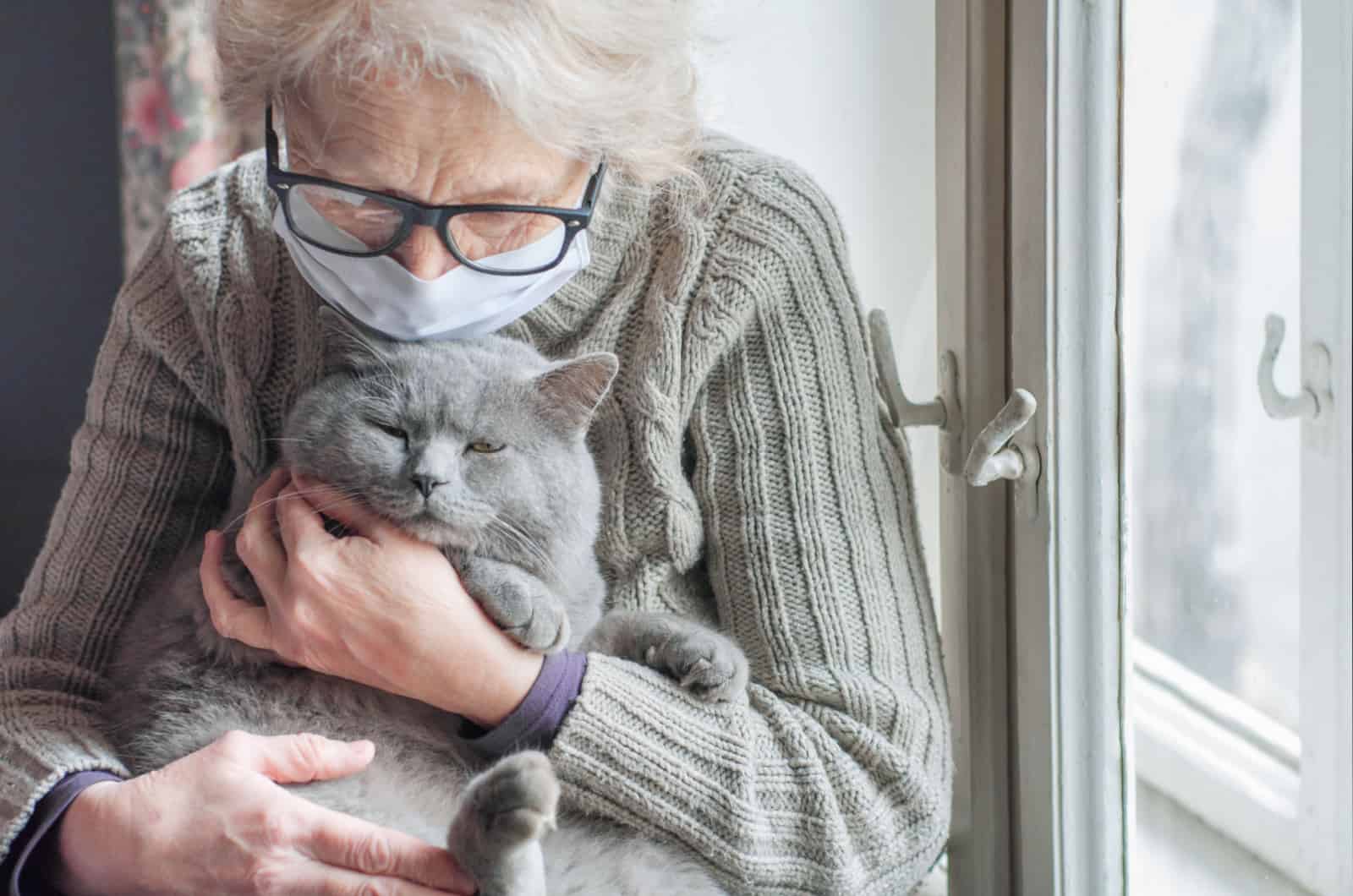 Yes, cats can sense that person is about to die; other animals can sense it too. There is plenty of evidence for that, but one cat, called Oscar, is trendy in doing that.

Adopted by a nursing home to be raised as a therapy cat, the workers suddenly noticed something strange. Oscar was usually very grumpy around people and always wanted to be by himself. Every once in a while, he crawled into a resident’s bed and calmly curled beside them.

And although staff didn’t think much of it at first, they were soon shocked to discover that each person he was cuddling with seemed always pass away just one or 2 hours later. And when the same thing happened 25 times in a row without error, it became clear that Oscar somehow predicted when people were about to die.

Researchers believe it possible that Oscar could smell biochemicals released by dying cells. And when he realized someone’s time was near, he wanted to comfort them by staying with them until the end. Although Oscar made occasional mistakes, his predictions were still nearly accurate.

One time, the staff was convinced that someone was just about to die; however, Oscar refused to stay with them. Instead, he went to the healthy-looking resident down the hallway, and in the end, that person passed away first. As of 2015, Oscar predicted 100 deaths, comforting each person in their final moments. 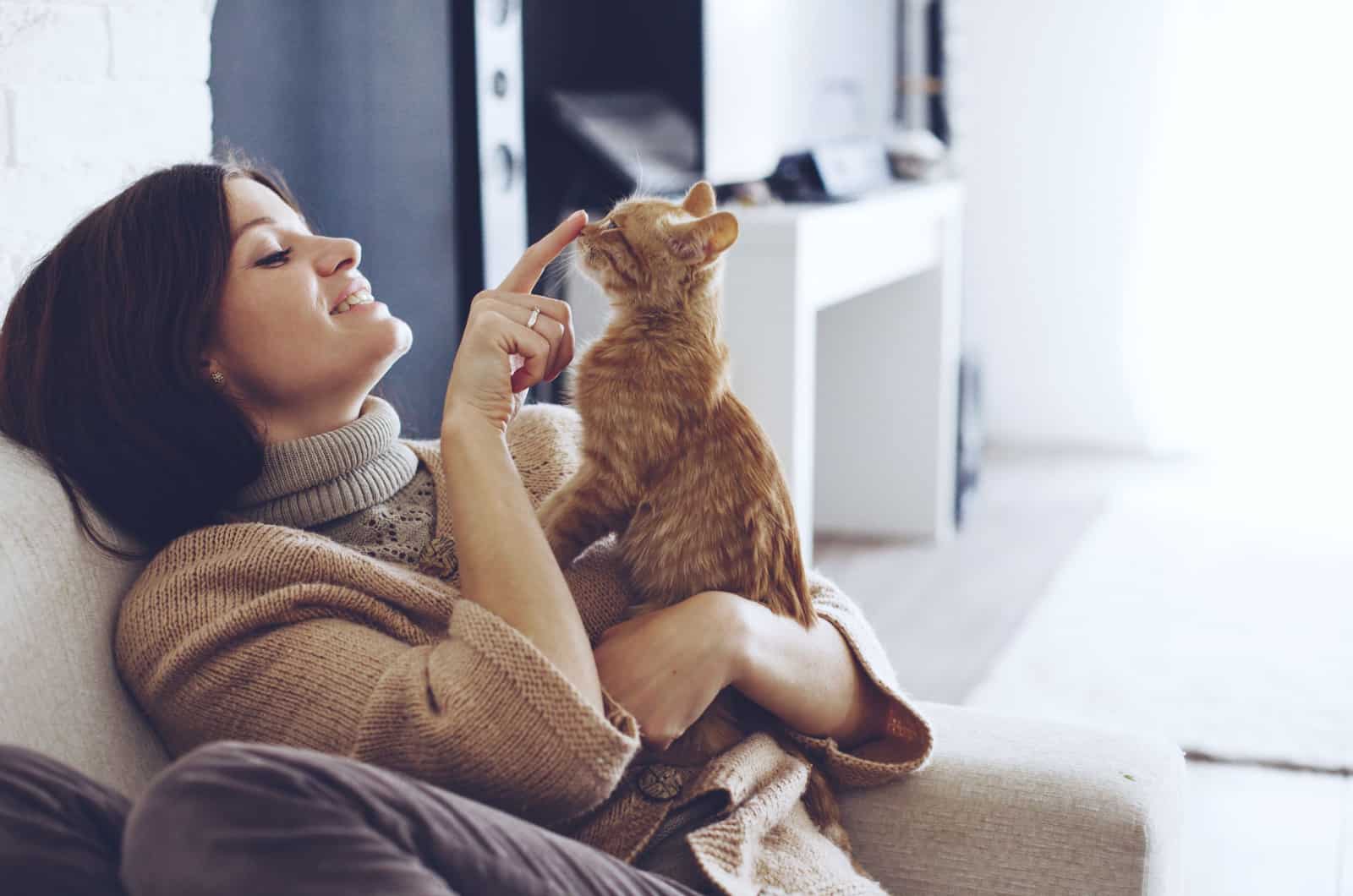 Cats are intuitive and observant, and even though their eyesight is not the strongest one, they use it to learn about the environment. In any situation, they’ll try to analyze human expressions and, according to that, react.

Based on the tone of voice and sounds that are sad or happy, cats can understand the emotional state of their dear owner. It is more likely to interact with humans by rubbing on legs and purring when we’re happy.

Do Cats Try To Make You Feel Better? 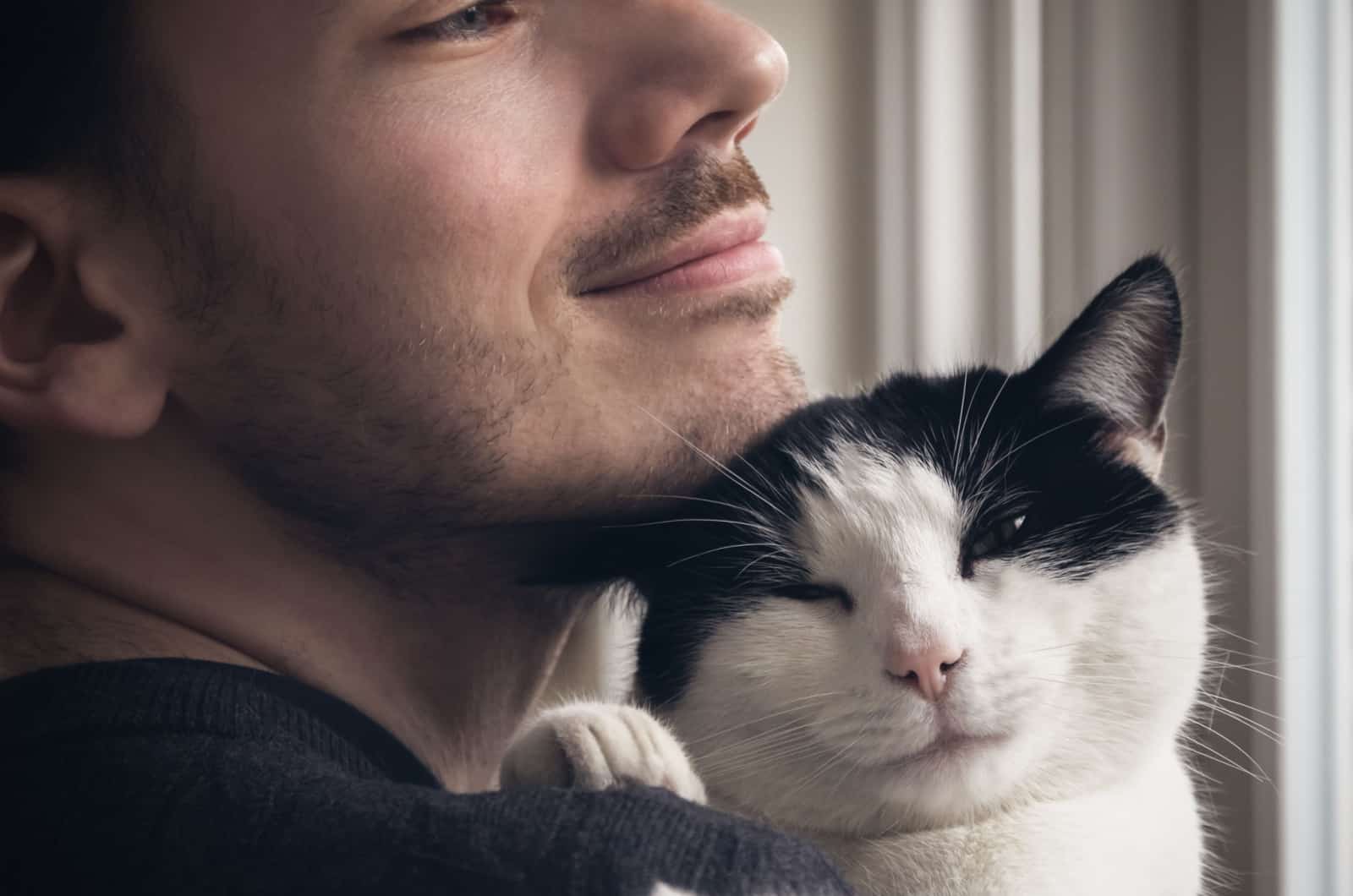 Yes, definitely! They’re great at reading emotional cues and can form deep connections with their owners. How they will interact with their owner depends on human emotions.

Cats developed cognitive and social skills in interpreting those emotions due to domestication, and according to that, they’ve learned how to engage with us.

It is actually proven that human-animal communication promotes higher levels of oxytocin which is, in fact, the feel-good hormone, especially if the animal and human are already bonded.

As they sense your sadness, depression, and anxiety, those are the times that cats will approach you more often in order for you to feel better. They’re trying to make you feel relaxed, cared for, and without stress. In my opinion, their meows instantly hype me up, let alone their purrs and cuddles. Be aware that male cats are more affectionate than females, and they will more likely come to you.

Purring is actually proven to have an impact on blood pressure. With all this information, it is evident that cats are our therapy creatures, and we must return them as much as possible.

Do Cats Get Sad? 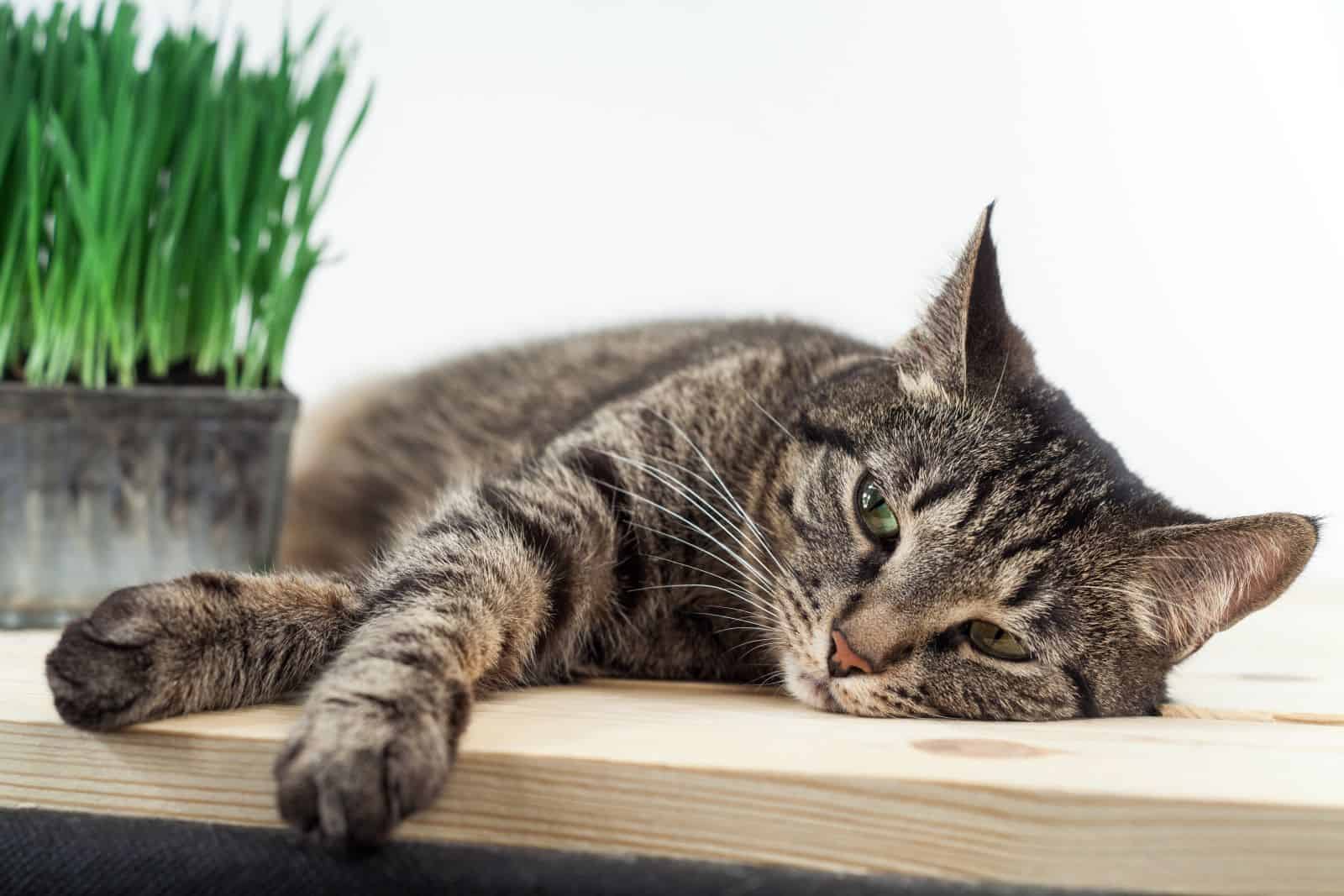 We’ve talked enough about our emotions. What about them? Can cats get sad, and can we comfort them the same way they comfort us?

Cats can get sad; in fact, they can feel many emotions we are familiar with. However, they don’t talk, so we don’t know in reality how their emotions are compared to our emotions and do we experience them the same.

Cats can also have depression. As they are fans of routine, they don’t like changing the schedule, food, or even litter box switch might make them depressed. This can also happen if they lose someone they’ve had a strong bond with.

In order to make your cat better and more loved, you can try cuddling, playing, spending more time than usual, giving her favorite treats, and petting her. Show your cat that you love her. Another idea is giving catnip since it relaxes them and gives them a sense of “high” feeling.

As for our forever question, can cats sense emotions? I hope we have learned that our best friends can sense our feelings and act according to them due to their excellent understanding of emotional cues.

However, every cat is different and may or may not act the same, so in order to understand if your cat is better at sensing your emotions, you can observe your cat’s behavior over time.

If your cat comes to you when you are sad and crying or if you are sick, know that your cat is great at understanding your emotions and is actually good at helping you with that.

If the cat senses you’re happy, she will mainly seek affection, raise her tail and rub against your legs. If your cat sees you’re angry, she will probably stay distant.

Keep in mind that self-care is in some way pet care since it can mimic our emotions.

Do Cats Have Souls? Everything You Need To Know

How to Raise Your Kitten to Be Cuddly

Grey Tabby Cat – Everything You Need To Know