We are not alone, and other living beings inhabit this earth. We live with animals that God makes, and they are entrusted to us. We have pets that make our life happier and much better.

As pet owners, we probably faced the loss of our beloved cat or dog, and we know that can be so hard sometimes. You miss her meows and purrs, and it is painful to remember that your cat is gone. Our grief can last weeks, but it can last even for years, which may require professional help to get through the stages.

So, do cats have souls? Many pet owners say that their pets have crossed the rainbow bridge. However, we will see how a few religions discuss this topic and whether cats and other animals can go to Heaven.

Do Cats Have Souls? 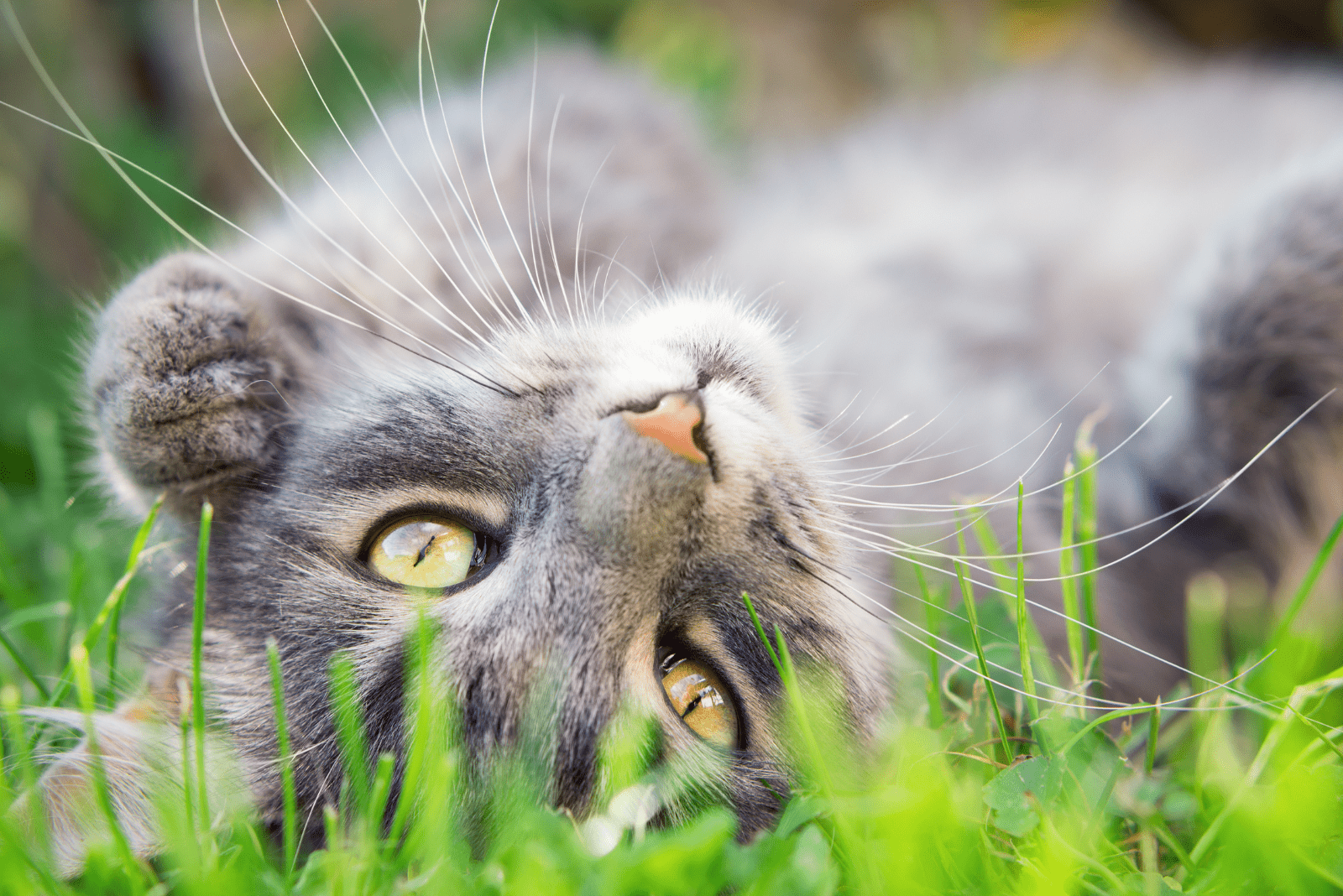 As a pet lover, you probably want to know if there is such a thing called a pet soul. In my personal opinion, cats can have souls. For people like myself that believe in souls, there are no souls that are too big or too small, and a soul is a soul.

Cats are different from us; however, they have souls. Some say that cat souls are so precious because to people, cats are valuable.

However, there are discussions about a soul vs. a spirit. Many people believe that spirit and a soul are the same things. However, according to many different religions, the meanings vary.

I don’t want to preach some religion here or philosophize, so I’ll just point out the difference between the soul and spirit.

Your cat’s soul is what makes her a cat, disposition, character, experiences, and other things. At the same time, the spirit is a religious matter. The spirit is something that points you to your God or your religion, and your spirit has a job to guide you to your God.

So when you ask if cats have souls, it is up to you to decide what to think, as some believe that cats have only souls, while others feel that cats have both spirit and a soul.

Do Animals Have Souls?

Animals have a certain consciousness unique to other living things on this earth. Specifically, we have a particular heart for cats and dogs.

However, many believe that our beloved pets have no soul and that they don’t enter the afterlife when they die. Behind this opinion is the reason that God didn’t create animals in the image and likeness of Him. Therefore they do not have soul, spirit, and soul.

Can Cats Go To Heaven? 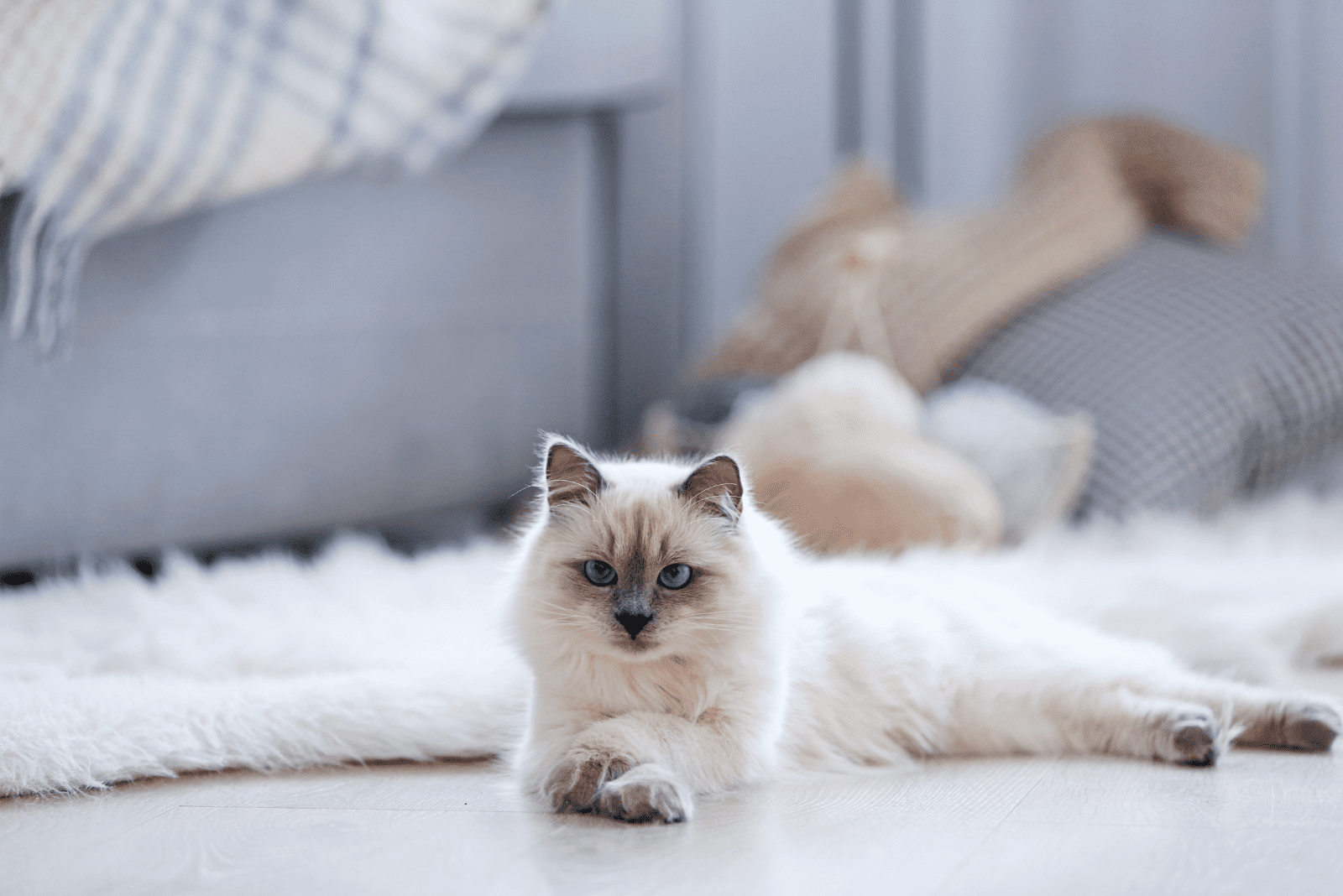 Now we’ll see the answer to do cats go to heaven, considering religions such as Judaism, Christianity, Islam, Hinduism, and Buddhism.

Some theologians say cats have no souls and therefore can’t go to heaven since man is superior to animals.

But let’s see what each religion has to say about this topic.

Judaism is quite unclear about the existence of heaven and hell. In Jewish texts, many different places are mentioned that can resemble hell or heaven, but it is hard to dissect them. So it is not strange that Judaism is unclear if the animals can go to these places.

Many rabbis say that cats, and animals, in general, go to Heaven, while others say that they don’t. However, Judaism is sure about one thing, and that is that animals have souls. When the kosher is kept, Jews don’t eat the blood of mammals and birds because it is said that their souls are held there.

That again leads us to wonder, as we have no agreement on what the souls of animals are and if they share the same importance as a human soul.

One thing is clear: Judaism believes that God created all animals that need to be cared for as they are capable of suffering.

The soul is almost the first topic in the Bible, the book of Genesis. While there are two versions, others think there are two different stories. Many believe that the second story is an elaboration of the first story.

Let’s see the second story in Genesis 2:7: “…, And the LORD God formed man from the dust of the ground and breathed into his nostrils the breath of life, and man became a living soul.”

However, Genesis 1:28, it is stated that animals have no free will, and God entrusted humans to have the power of animals. But in Ecclesiastes 3:19-21: “Man’s fate is like that of the animals…all go to the same place.” Therefore, we see many contradictions, and many people argue on this topic.

Pope Francis stated his opinion on this topic when he told a little boy that lost his dog recently that in paradise (heaven), all of God’s creatures are welcomed.

Pope Francis’s position is very different from his predecessor, Pope Benedict XVI, who said that animals just die when they die. But Pope John Paul II said that animals have souls, contradicting Pope Francis. However, many don’t agree on whether the animals go to Heaven as people do.

We must note that St. Francis, the Catholic patron saint of animals, was known for his heartwarming kindness to all animals. When it comes to Islam, they don’t offer straightforward answers. In Islam, whether it is a human soul or animal soul, they are eternal. But, in order to reach heaven or the so-called Jannah, living beings need to be judged by God on Judgment Day. Some Muslim scholars state that God doesn’t judge the same way humans and animals.

Others say they are equally judged, but we can’t figure out what happens afterward. The Qur’an states that when one enters paradise, he has the free will to bring whatever you want, so maybe you can have your pet. In Islam, the love of God is also displayed through the animal kingdom.

Hinduism has a type of reincarnation. If we can explain it, a being’s eternal soul or so-called jiva is reborn in a place after death until the soul is free. That process is called moksha.

Buddhism has a few “heavens,” but they are not eternal places. The cycle of rebirth is happening again and again, and it is ongoing until one reaches Nirvana.

As to the question, do cats have souls? That brought many debates into people; I’ll just say that as human beings, we have the will to believe in whatever we want. And it is up to us and our religion to think that our beloved cat is now in a happy and bright place.

Personally, my cat has a soul, and no person on earth can convince me otherwise. As cats bring us so much happiness, joy, cuddles, love, and affection, and even have healing properties and affect our health, I cannot believe that that cute little creature has no soul.

• Does My Cat Know I Love Her?