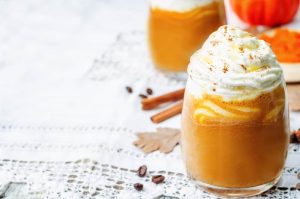 Maybe you’ve just picked up your favorite Starbucks drink with a big pile of whipped cream on it and your cat suddenly shows some interest in having a taste. Or perhaps you’re one of those wild people who eat whipped cream straight from the can and wonder whether or not your cat would love it as much as you do.

Either way, if you’re here you’re wondering one thing:

Can cats eat whipped cream? While a small amount of whipped cream (a few licks) isn’t going to cause harm to your cat there’s nothing positive about feeding your cat whipped cream. The dairy content is likely to upset your cat’s stomach, the sugar will turn to fat and your cat can’t even taste the sweetness of it!

But that’s just the tip of the iceberg or should we say the cherry on top?

If we look at the classic Reddi-Wip we see the following list of ingredients:

While that might not exactly look healthy for humans, cats have a completely different digestive and biological system. In fact, there’s one huge difference between our natural diet and your cat’s…

Your Cat Is A Meat-Eater

But your cat isn’t just any regular meat-eater. Cats are what’s called obligate carnivores or true carnivores. That means your cat requires meat in order to survive and receive all the required nutrients.

It also means that your cat has evolved over millions of years to digest proteins and fats from animals and not things like carbohydrates and corn syrup. And if your cat has an issue with digestion, you’re certainly going to know about it when it comes time to clean the litter box.

But you might be thinking “Whipped cream contains dairy and that’s an animal product…so what’s the problem?” Well, it may surprise you, but not only is it difficult to digest the sugar in whipped cream, but the dairy isn’t so great either.

Even though cats are frequently portrayed as drinking milk from a saucer, especially in the classic cartoons I grew up with, they’re actually lactose intolerant. Like most mammals, kittens have a special enzyme that allows them to digest their mother’s milk. But as they grow, “the gene that generates this enzyme turns off post-weaning, and after that, they can no longer drink that milk.”

This is actually the norm for mammals and humans are not only the only mammals to drink milk from other species, we’re also the only ones that do it into adulthood. So even though cats need animal sources of protein and will happily consume cow’s milk “it is generally considered a bad practice: lactose in dairy products is indigestible and degraded by gut bacteria, leading to diarrhea.”

Interestingly, cats and other lactose intolerant mammals can usually drink goat’s milk and there are even special “cat milk” products on the market. You can learn more about these and a few other things that cats can drink in this article.

When it comes to figuring out whether or not cats can eat a certain food I think it’s always important to ask if they’d even want to it. And if they do…why?

Cats would likely want to eat whipped cream because of the animal fats and proteins that it contains. Fat a valuable resource in the wild and a tasty treat for any carnivore- especially a true carnivore like your cat.

So folks might mistakenly imagine that cats are interested in the unique taste of sweetness found in whipped cream and other sugary treats but the reality is your carnivorous kitty can’t even taste sweet. That’s because they completely lack the required taste receptors to taste sweet foods.

This makes perfect sense when you think of it from an evolutionary perspective. Taste buds help animals (including us) find the right foods and avoid the bad ones. Sugar is pretty much useless to your cat and their digestive system has a limited ability to process it so it shouldn’t be surprising that taste just isn’t appealing to them.

Instead, their taste receptors are picking up the hearty fat flavors from the milk!

What About Non-Dairy Whipped Cream?

So if dairy is such a big issue for our cats (even if they love it) what about non-dairy whipped cream- is that safe for cats to eat?

Non-dairy whipped cream isn’t much better and even though it’s lactose-free it’s still chock full of plant-based ingredients that your carnivore kitty won’t be able to digest. Let’s take a quick look at the ingredient list for the almond milk variation from Reddi-Wip:

Again, while there isn’t any actual milk, there’s still plenty of sugar and plants that cat’s never evolved to digest so it’s still best to avoid it.

Can Cats Eat Pupuccinos From Starbucks?

Pupuccionos (a combination of the word “cappuccino” and “pup”) is just a small cup of whipped cream that’s made for dogs. It’s part of the infamous secret menu at Starbucks and dogs certainly do go crazy for it.

But is this special pet drink any better for cats than regular whipped cream?

Not really! There’s nothing special about this whipped cream that makes it safer for cats. Again, in most cases, a small amount of whipped cream isn’t going to be a problem but it really just doesn’t make any sense as treat for our feline friends. The other issue with a pupucciono is that they are pretty large since they’re made for dogs. So if you really want your cat to have a taste of a pupucciono just make sure they don’t have access to the entire cup!

So Does Whipped Cream Hurt Cats?

With any question like this, the number one authority you should refer to is your veterinarian since your individual cat’s age, health and overall condition will play a part. But for the most part, small amounts of whipped cream (a few licks) won’t cause a major problem for your cat. Remember, your cat is lactose intolerant which means your cat is going to have a hard time digesting any whipped cream. The high fat-content will also act as a lubricant for your cat’s digestive tract which will only speed up the process and creates a potent formula for diarrhea.

Even if a cat’s digestive tract is able to handle the occasionally whipped cream, the high sugar and fat content will quickly pack on the pounds. Obesity is already a problem for the majority of cats and it’s easily the most frequently observed nutritional issue.

It’s also important to remember just how small your feline friend really is! While a dollop of whipped cream is minuscule when compared to your overall body weight, your cat isn’t even 10% of your body weight in most cases! So multiply that dollop by 10! That’s why it can be so difficult to say what’s a small or large amount because what’s small to us could be considered quite large for your cat.

In the worst-case scenario, a cat may eat so much whipped cream that they begin to experience dehydration as a result of GI upset, vomiting, and diarrhea. While it’s tough to really define what makes a large or small amount of whipped cream if you’re ever unsure it’s best to consult your veterinarian.

What Treats Can Cats Have?

If whipped cream is out, then what can cats have for a nice treat?

The first thing we want to do is keep treats species-appropriate. That simply means it lines up with what cats would naturally eat and as we’ve already discussed our cats are full-time carnivores. That means the best treats are ones that are sourced from animals and are high in protein. We also want to make sure that it’s not too high in calories so that our occasional treat doesn’t pack on the pounds.

One of my favorite options is bone broth. You can purchase it ready to go Amazon or make your own but either way, it’s a nutrient-rich treat that most cats go crazy for. It’s also completely in line with your cat’s natural diet since it’s sourced from animals. You can read more about the benefits of bone broth for cats in this article.

Tuna is a great option since it’s species-appropriate and rich in protein. Like any treat though, it can get out of hand and you don’t want to overdo it with tuna. You can also consider just tuna water as a way to give your cat some extra flavor with fewer calories and decreased exposure to mercury. You can read more about the benefits of tuna water in this article.

Just remember, that even though we humans love sweet treats doesn’t mean our cats do. In fact, they can’t even taste the sugar that draws us to things like whipped cream in the first place. Instead of thinking about what we’d like we have to understand our cat’s meat-oriented tastebuds!

While that might be more than you expected to learn when you asked whether or not cats can eat whipped cream I hope you enjoyed it! By going into detail on things like our cat’s obligate carnivore nature and inability to taste sweet not only do learn more about whipped cream but also what other treats they might like along with what treats they should avoid.

So even though many cats will go for a taste of whipped cream they’re much more interested in the fat content than anything else and there are much healthier ways to give them that tasty fat than a dollop of sugar-filled whipped cream!