Skip to Content
Written by Logan Michael in Health & Happiness last updated March 2021
BetterWithCats.net may earn a small commission when you use one of the links on this page to purchase. 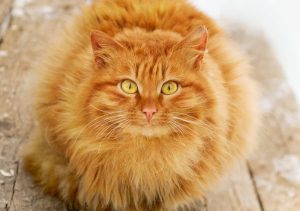 Dogs are well known for their powerful hearing and the dog whistle is a perfect example of that. These whistles emit an ultrasonic sound that humans can’t hear at all but our dogs certainly can.

In fact, cats actually have a more impressive range of hearing than dogs, which gives them “one of the broadest hearing ranges among mammals.” This ultrasonic hearing ability allows cats to hear mice and other rodents which use ultrasonic frequencies to communicate with each other.

Let’s learn a little more about the powerful hearing of our feline friends, how ultrasonic hearing could be useful to them and whether or not a dog whistle has any practical use for cats.

But let’s start with a brief history of the dog whistle.

History Of The Dog Whistle

The dog whistle is also known as the silent whistle or Galton’s Whistle after its inventor Francis Galton. But most folks simply know it as a dog whistle. Galton invented the whistle to learn more about hearing ranges for humans and animals. One of his first subjects for the whistle was actually a cat so despite being called a dog whistle, Galton’s Whistle has a long history with our feline friends.

To our ears, there’s only a quiet and subtle hissing noise when a dog whistle is blown. That’s because the dog whistle emits a sound with a frequency between 23 to 54 kHZ and the human ear can only hear up to 20kHZ in the best conditions.

What Are Dog Whistles Used For?

While the dog whistle was originally used to learn more about the world around us, it was eventually used as a training tool. The idea is that you could use the dog whistle to signal to dogs without disturbing anyone around you with a traditional whistle.

Why Can Cats and Dogs Hear Ultrasonic Sounds?

Some animals, like mice, use ultrasonic frequencies to communicate with each other. While others, like bats, use ultrasonic sound to track down prey and learn about the world around them.

So do cats and dogs do anything fancy or mindblowing with their ultrasonic hearing?

Nope, instead, our cats and dogs most likely evolved the ability to hear these frequencies because it helped them find and capture prey! After all, if you can hear mice, rodents, and other small mammals chattering away at an ultrasonic frequency it will be a lot easier to find them!

Does A Dog Whistle Have Any Use For Cats?

Dog whistles don’t have much use for dogs let alone cats! When it comes to training, clicker training is a clear winner and there’s really no reason to incorporate a dog whistle.

The only practical use I’ve heard is to call out to outdoor cats. You could use a dog whistle to signal to your cat that it’s time to come home (but you better have some food ready if you want that). The dog whistle could allow you to make a noise loud enough for your cat to hear without yelling and disturbing neighbors.

But is that even necessary?

I’d be willing to guess that shaking a bag of cat food or popping open a can of cat food will have a very similar effect! If you have a dog in your home or other cats they’d probably prefer you go that route too instead of blasting the dog whistle!

The Danger of Dog Whistles

While we can’t completely experience the world in the same way our dogs and cats do, a dog whistle almost completely removes us from what our cats and dogs experience. That makes the dog whistle an extremely imprecise tool for communication that presents some real dangers.

You have absolutely no idea how loud the whistle actually is and while we could guess…it’s still just a guess. Dog whistles can hurt sensitive animal ears and without any feedback in our human ears, it’s impossible to know how much is too much until we see our cat or dog react.

Simply put, there are much better methods we can use to communicate with our cats and dogs.

Cats can hear dog whistles along with many other ultrasonic sounds. This allows our feline friends to hear the communication of mice, rodents, and other small mammals which gives them an edge when it comes time to hunt.

Even though our cats can hear a dog whistle, there aren’t many practical uses. There are better methods for training both cats and dogs and the imprecise nature of the dog whistle makes it a poor choice for just about anything!

Still, it is interesting to think about the world of ultrasonic sounds that our cats and dogs and are constantly hearing!